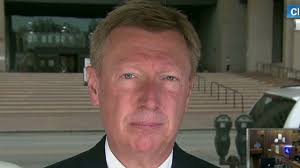 After a  half century in the news business, 40 of them on Cleveland television, WOIO reporter Paul Orlousky put away the mic flag last week for the final time.

We competed against Orlo in Cleveland and we worked alongside him.

Believe us, working alongside him was a lot better.

He sat down to talk about his career and why he stuck with it for so long.