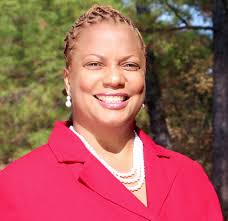 Tina Commodore, who’s been the ND for Cox’s KOKI in Tulsa, heads to Orlando where she’ll take over the newsroom for sister station WFTV.

She joined KOKI as ND in November 2016, and assumed oversight of the Cox radio stations there in February 2018.

Before Tulsa, she worked for seven years at Cox’s flagship WSB in Atlanta as Managing Editor and earlier as Manager of Coverage and Content.

She’s also worked in Columbus, OH, and Cincinnati, as well as for CNN.

In Orlando, she replaces Matt Parcell who announced in December that he was retiring after 7 1/2 years as news director.