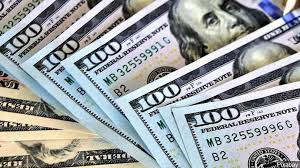 Another reach for 2020 political money comes today as FOX O&O WAGA in Atlanta adds “The Road to November,” a weekly half-hour at 7 PM.

The latest cash grab is the tenth political program produced locally by a FOX-owned station, just in time for the wheelbarrows of political ad cash to come rolling in..

“2020 is shaping up to be an unusual and consequential year in politics, both nationally and in the state of Georgia. In today’s highly political atmosphere, it makes sense for us to be the next market to join this important FTS initiative. This program will fulfill the crucial role of condensing the most critical stories of the perpetual political news cycle for our viewers,” said Fox 5 Atlanta president and general manager Bill Schneider.

The “crucial role” principally being to corner a significant chunk of change with all those additional commercial avails.

And we wonder if EVERY station racing to grab as much revenue as possible from the political world is also making an investment in fact-checking resources to vet every one of those ads as a public service to the audience they claim to be serving.