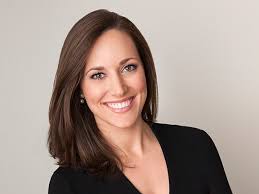 What the hell does that mean exactly?

Well kids, she will put on an extra hat, continuing to manage major political and international guest bookings while taking on additional editorial responsibilities, as well as coordinating political contributors across the network.

She was previously a senior editorial producer where she oversaw political bookings for “CBS This Morning,” “the CBS Evening News,” and CBS News coverage for special events.

Before joining the network, she spent six years at FOX News where she supervised the Washington booking unit.