Was it the weather?

The cost of living?

The atmosphere in the office? 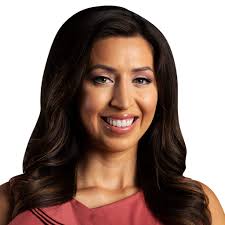 After a mere 7 months at FOX O&O KTVU in the Bay Area, Allison Rodriguez is heading back to Phoenix and Scripps’ KNXV.

Rodriguez spent six years as an MMJ and anchor at the Phoenix station before heading north for her short stay.

It’s an expansion of “ABC15 Mornings,” which signs off at 7 a.m. so the station can carry ABC’s “Good Morning America.”

The local show — not a new show, but an expansion of the existing one, according to KNXV news director Mark Casey — will continue for two more hours on CW61 from 7 to 9 a.m.

The new program fires up late next month with a co-anchor for Rodriguez still to be named.