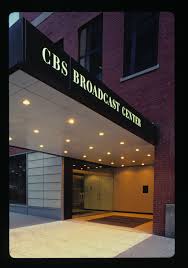 After a tense few days the CBS Broadcast Center in New York is slowly coming back to life even after a fourth worker tested positive for coronavirus on Friday.

But not before the coronavirus scare directly hit the Friday night newscast for WCBS in New York.

Instead of the newscast opening with regular anchors Maurice DuBois and Kristine Johnson, there was Pat Harvey, who sat in anchoring the local New York newscast from Los Angeles.

But only skeleton staff is permitted on premises and all other CBS Newsers are required to work remotely.

The former “milk factory”  was shut down, cleaned and disinfected starting late Wednesday after several staffers tested positive for the COVID-19 virus.

CBS News shifted “CBS This Morning” and CBSN to the network’s D.C. bureau.