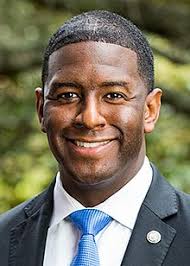 CNN talking head and former Florida gubernatorial nominee Andrew Gillum is on a mini-apology/excuse tour after being found in a hotel room where one man was treated for a suspected overdose and baggies of suspected crystal meth were found.

When officers arrived, the police report said, they “observed in plain sight three small clear baggies containing suspected crystal meth on both the bed and floor of the hotel room.”

For his part, Gillum was admittedly drunk.

Officers tried to speak with him but found he was “unable to communicate” because of his “inebriated state,” the police report said.

Gillum later left the room and “returned to his residence without incident,” the police report said.

In a statement, Gillum said that he was in Miami for a “wedding celebration” when officers were called to “assist one of my friends.”

“While I had too much to drink, I want to be clear that I have never used methamphetamines,” Gillum said. “I apologize to the people of Florida for the distraction this has caused our movement.”

“I’m thankful for the incredible Miami Beach EMS team for their efforts,” Gillum added. “I will spend the next few weeks with my family and appreciate privacy during this time.”

In other words, “let me disappear until I think this goes away.”

It doesn’t look like police will be pressing charges.

CNN isn’t commenting, but it’s a fair bet the network hopes Gillum goes away for good