Somehow we are supposed to feel very good about all of the media consolidation going on today – consolidation that we feel is a very short-term solution to local television’s problems.

As for why in-market consolidation is considered such a terrific idea….

How is it working out for terrestrial radio these days? 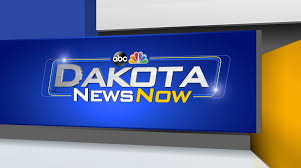 So here we have a laudatory piece about the progress of last year’s KSFY-KDLT consolidation by Gray Television in Sioux Falls, SD – an historic pairing of two non-failing network affiliates in the same market, blessed by an industry-subservient FCC.

Broadcasters make the case that in today’s fragmented world, where new players such as Google and Facebook have become genuine local competitors, it makes no sense to hamstring broadcasters’ ability to compete.

Anti-consolidation groups claim multi-station ownership is nothing more than a power grab by big business.

While we tend to lean toward the latter position, our bigger problem is the elimination of about journalistic voice.

We’re told that KDLT’s news department was on the verge of elimination, but we wonder if that was as much a product of the FCC’s 15-month-long dithering over the proposed combination of the two stations – dithering that put both of them in limbo and hurt their overall business.

It certainly hurt the family-owned KDLT more than Gray-owned KSFY.

Gray certainly made a lot of promises:

Among other things, Gray promised to expand local news up to 35%, including expansion into new time periods; use the combined transmitter facilities of KSFY and KDLT to increase market coverage; offer new news content that had previously not been available and create a news organization that would serve as a genuine competitor to KELO.

New content included the building of a news bureau in Pierre, one of the few state capitols without a local news station. The bureau would also serve the Gray station in Rapid City.

The combined operation is being closely watched by the commission to see if the Gray promises pan out and one less news voice in the market is actually an improvement.

We’re certain Gray and station management will work their tails off to make the FCC happy with its game-changing decision – and we know they have some terrific people in the newsroom to help make it work.

In the end, we’ve got a hunch the FCC will reaffirm its decision.

Which will have a bearing on the next story here in the rundown – a story that also involves Gray.