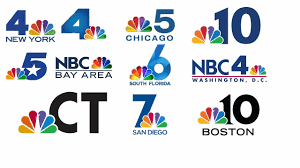 This week, NBC-owned stations in eight of the nation’s biggest markets replaced what would have normally been the first 25 minutes of “The Tonight Show Starring Jimmy Fallon” with more local news.

At the same time, five O&Os have ushered in a new 7pm newscast, while three others are debuting a local newscast at 7:30 pm Eastern.

WMAQ in Chicago, and KXAS in Dallas, launched morning half-hour newscasts at 6:30 a.m..

We are struggling not to be cynical about the potential for this to a political ad dollar grab.

We want, truly want, to believe this is about bringing more news and information about the pandemic to anxious viewers needing to know more.