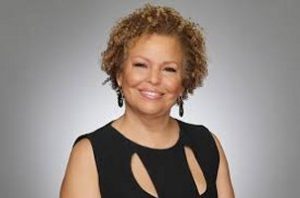 After a career at BET spanning three decades, Debra Lee is stepping down from her position as chairman and chief executive officer of BET Networks, effective next Monday, May 28.

She’s the latest in a recent string of shakeups at Viacom properties.

It’s not a complete shocker. Viacom named Scott M. Mills president of the division in December, a role in which he would oversee overall strategy and day-to-day operations of BET Networks.

That didn’t leave Lee a lot to do other than look over his shoulder and offer advice.

Most Viacom cable networks have undergone leadership changes as part of reorganizations implemented by Bob Bakish since he became Viacom CEO in early 2017.

Now do you see why Les Moonves doesn’t want him looking over HIS shoulder in a recombined CBS-Viacom?