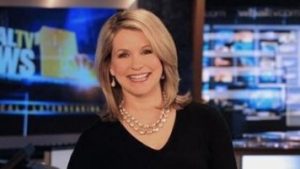 She sat down with “The Baltimore Sun’s” David Zurawik to reflect on her long career and her retirement.

ZURAWIK: I think a lot of people who watched you every day will be missing you. Is there a way they can still connect with you in media?

HAMILTON: I’ve restarted the blog, donna-hamilton.com. And, David, you’re more than welcome to sign up for this blog. I know it’s all you. But I really am excited about doing that. It’s just a nice way to stay in touch with people. And I’ve already started doing it. It’s exciting.

ZURAWIK: I think Baltimore viewers saw a kind of genuineness in you.

HAMILTON: I hope so. I always tried to present the news in a way and edit the stories I read to be able give some context to it, some meaning to it. And then it meant something to me, too. It was not just to them. It meant something to me, too, these things that happened. You’re still a person talking about a police officer who’s dead or something terrible that’s happened. You feel it just the same. And I didn’t want to hide that from people.