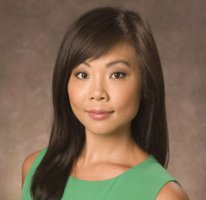 CBS is strengthening its coverage of the Trump White House by elevating Weijia Jiang to the role of CBS News White House correspondent.

Jiang will report daily for all CBS broadcasts and platforms, including “CBS This Morning,” “CBS Evening News with Jeff Glor,” and for CBSN, the network’s 24/7 streaming news service.

She made her debut last night, covering the prime-time announcement of  President Trump’s Supreme Court pick.

Jiang joined CBS News in 2015 as a correspondent for Newspath, the Network’s 24-hour television newsgathering service for CBS stations and broadcasters around the world.