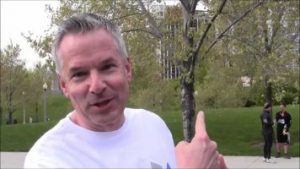 Seven months after he retired as news anchor at Tribune’s WGN,  Mark Suppelsa and his wife, Candus, put Chicago in their rear-view mirror and headed for Montana over the weekend.

They’ve long had a vacation home in Bigfork, Montana, near Glacier National Park.

Suppelsa dropped some jaws around the Windy City, not the least of which belonged to his bosses, when he announced that he was calling it quits after a 25-year run on Chicago TV news.