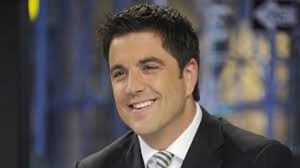 Back in February 2017, Josh Elliott, once a rising star at ABC and ESPN, then an underused asset at NBC News, made a controversial departure from CBS News just 11 months after arriving at the network.

At the time, Elliott was the lead anchor for CBSN, the network’s 24/7 streaming news service.

He’s making a comeback, but not in a news capacity.

National Geographic says that Elliott will host “Yellowstone Live,” a four-day live event on the cable channel “that showcases the Greater Yellowstone Ecosystem.”

Joining Elliott in the studio will be animal expert, zoologist and naturalist Chris Packham.

FS1 reporter Jenna Wolfe will serve as the “roving reporter,” navigating the field and interviewing people whose lives and work are dedicated to maintaining the Yellowstone National Park and surrounding areas.