Of course you want to be as certain as possible when making critical personnel changes – especially one in which you are coming up with the successor to an icon. 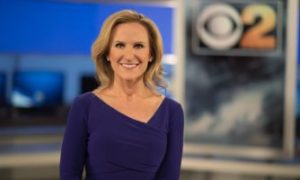 But really, it took 10 months for the suits at Chicago’s CBS O&O WBBM to finally give Mary Kay Kleist the 5, 6 and 10 p.m. weekday meteorologist on a permanent basis?

Steve Baskerville left amid much fanfare last December after 20 years at the station, 19 of them as chief forecaster.

Kleist has been filling in since then.

And it’s not like she is a novice –she’s been on the station weather team since 2002.