Just ahead of the November book, stations across the country are jockeying themselves into place with a flurry of executive shuffles.

We had a couple of moves by Meredith yesterday. 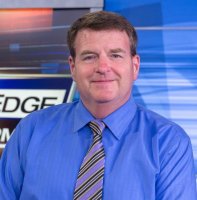 We’ll start today with a news director making the jump into station management, as Mike McLain is leaving Fox-owned WAGA in Atlanta to take the reins of Fox duopoly WJZY-WMYT in Charlotte, NC.

He’s replacing Kieran Clarke, who is now out there “pursuing other opportunities,” as they say.

Before WAGA, McLain was news director at Fox-owned WTVT in Tampa.

Prior to that, he spent 27 years at the group’s WBRC Birmingham, where he began his career.

He’s excited.
“I’m excited to join the dynamic team at Fox 46 Charlotte. With our focus on strong local news coverage and the power of the Fox network, the NFL on Fox, MLB and NASCAR, we have all the ingredients to be successful.”