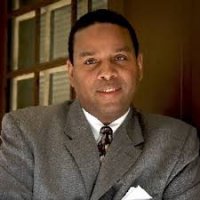 It’s his third tour of duty at the station.

He’d been the Assistant ND at WTNH until June, when he returned to Philadelphia as Executive Producer for Fox’s WTXF.

The move reunites him with GM Rich Graziano.

They’ve worked together at both WTIC in Hartford and WPIX in New York.

Chuck’s complete work history is on his Linkedin page.  He replaces Keith Connors who left in July to become ND for WFSB, the Meredith owned CBS affiliate in Hartford.