The Columbia Journalism review went out on a limb and dared to asked: 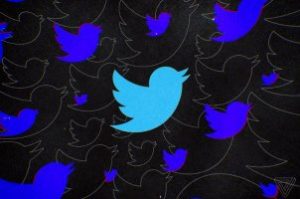 In a word, yes – and you really don’t have to read any further.

Journalists themselves have admitted that they do, and a number of them have frequently taken a break from the social media platform to cleanse themselves.

And isn’t taking a break what happens when a relationship becomes harming…even toxic?

We signed up to Twitter to follow journalists – by far the largest cohort to take to it.

When it is peak twitter, you almost can look over the reporter’s shoulder to see the notes they are taking that will ultimately take the shape of a story.

It becomes toxic when random tweets begin to cloud the judgement of reporters who incorporate them into the shaping of their stories.

Shannon McGregor of The University of Utah and Logan Molyneux of Temple University performed an experiment involving about two hundred journalists—some who use Twitter heavily and some who use it only moderately. Some of the subjects saw only headlines from the Associated Press website, while others were also randomly shown tweets that contained AP headlines, but had been manipulated to look like anonymous tweets. The researchers then asked the journalists to rate the newsworthiness of the tweets. The result? Journalists who said they spend a lot of time on Twitter and rely on it for their work ranked the anonymous tweets as high or higher than the AP stories

The good news is that the more experienced the reporter, the less likely they were to be swayed by those random tweets.

But there are a lot of younger reporters in the profession.

Journalists can get caught up in a kind of pack mentality in which a story is seen as important because other journalists on Twitter are talking about it, rather than because it is newsworthy.

Kinda like Elizabeth Warren’s DNA test or virtually every tweet issuing from the White House these days.