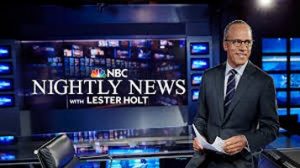 She’s been filling in on that position since Sam Singal left in July.

Prior to serving as interim EP, Jenn was the senior broadcast producer of Nightly for three years, and before that, the weekend broadcast.

She was also the founding producer of  “Andrea Mitchell Reports” on MSNBC.