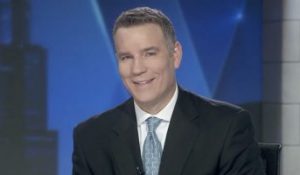 Tribune’s longtime Chicago morning anchor, Larry Potash, is getting a shot at prime time where he’ll have a chance to share his love for historical quirks and oddities.

Starting October 28, and for four consecutive Sundays, “Back Story with Larry Potash” will air on WGN, exploring “intriguing tales in history, culture, religion and science from Chicago and beyond,” it says right here.

Other programs will be sprinkled throughout the next year.

Among the tales he’ll tell will be a Chicago story tied to the Tomb of the Unknown Soldier; the 90th anniversary of a mysterious death in a small Lake County town; a hidden symbol in the Statue of Liberty’s backstory; and a North Shore home that features “the most eclectic and creepy mini-museum in the Midwest.”

Potash has a taste for the offbeat and the topics announced so far are prime candidates to help this program go national.