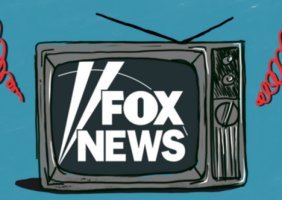 Once upon a time, Fox News prime-time entertainer Laura Ingraham boasted over 200 advertisers on her weeknight hour.

Then she ran afoul of a school shooting survivor, called immigrant detention facilities “summer camps” and generally made a bigger fool of herself than she already was.

As a result, her list of big-ticket national sponsors is down to 85 – and those are mostly direct-response ads and politicals.

The drop translates to a plunge in hourly advertising minutes from 15 down to just under 11.

Marianne Gambelli, head of ad sales for Fox, told POLITICO that Fox News is not concerned with the state of advertising on Ingraham’s show.

And if you know anything about the sales mentality, you know her nose was growing even as she said those words.