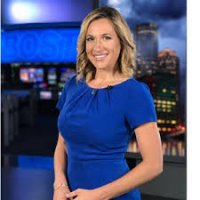 Meteorologist Sarah Wroblewski is returning to where it all began for her.

Wroblewski spent the past eight years covering weather across the street at Cox-owned WFXT.

The Massachusetts natives began her career right out of university at WBZ as a weather producer and weekend morning meteorologist before making her first w3alk across the street in 2010.