“Sixers Outsiders,” a new program that will air after most Philadelphia 76ers games (excluding West Coast games and Christmas) launched this weekend on NBC Sports Philadelphia. 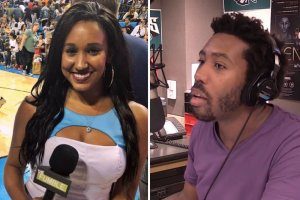 The program is hosted by Tyrone Johnson and Krystle Rich.

Johnson is known in the Philadelphia market as a sports radio producer who wasn;t afraid to mix it up with the guy he was producing.

That kind of outspokenness got him some visibility.

Rich came from “Good Day Sacramento,”  but she’s familiar with the landscape around Philadelphia.

She’s a New Jersey native who produced at both ESPN and the NFL Network.