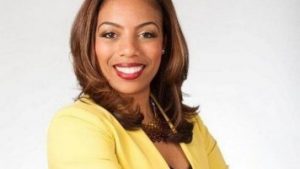 The latest non-person in a tv newsroom comes at Tegna’s WFAA in Dallas where anchor Alisha Laventure suddenly went “ppphhhhhffft” after just over two years.

Laventure joined the station in 2016 from News 12 Long Island in New York and was a weekend morning anchor.

But it wasn’t long before she was moved to weekdays at noon and 4 PM.

Laventure, whose parents are natives of Haiti, gained some national prominence in January with a TEGNA8 commentary denouncing President Trump’s derogatory comments about immigrants from Haiti and other “shithole countries.”