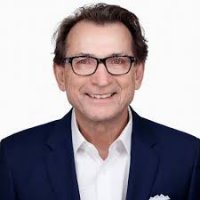 Tegna vp Bruce Cummings, who’s been overseeing things at KBMT and KJAC in Beaumont, WCEN in Waco-Temple, KAGS in Bryan-College Station, KYTX in Tyler, KIDY in San Angelo and KXVA in Abilene adds another station to the list.

Cummings joined Tegna back in 2012 as president and general manager of KBMT.

Five years later, he got his vp stripes, overseeing the above-named stations, in 2017.