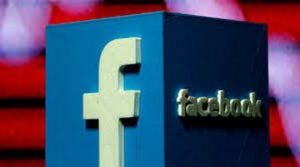 If you haven’t read “The New York Times” story on the absurd and offensive lengths Facebook went to protect itself during the investigation into suspicious Russia-linked activity on its site in the months prior to the 2016 election, it is worth the time to check it out.

In summary, Facebook’s internal reaction was not so much dismay at the suspicious activity as it was dismay and anger that the word got out.

The Times story has created still another storm for Facebook founder Mark Zuckerberg and COO Sheryl “Lean In” Sandberg to weather. The two are being roundly flogged via social media for ignoring the warning signs while focusing on growth, putting profits ahead of accountability and embarking on an aggressive lobbying campaign to combat Facebook’s critics, shift public anger toward rival companies and ward off damaging regulation.

Facebook also employed Definers Public Affairs, a Republican opposition-research firm, to discredit activist protesters, in part by linking them to the liberal financier George Soros. It also tapped its business relationships, lobbying a Jewish civil rights group to cast some criticism of the company as anti-Semitic.

The Times said its report was based on interviews with more than 50 sources.

Thursday, Facebook claimed the story contained a number of inaccuracies, including the assertion that the company knew about Russian activity as early as the spring of 2016 and had failed to actively investigate it.

On Thursday, Facebook said it terminated its contract with Definers on Nov. 14 after the Times story was published.

Facebook acknowledged that Definers “did encourage members of the press to look into the funding” of “Freedom From Facebook,” an anti-Facebook organization that has called for the company’s breakup.