When Fox News announced its support of CNN in its lawsuit to restore reporter Acosta’s press credentials, it undoubtedly rattled some folks at 1600 Pennsylvania, accustomed as they are to the cozy relationship with various Fox entertainers like Sean Hannity, Tucker Carlson and the denizens of the kurvy kouch. 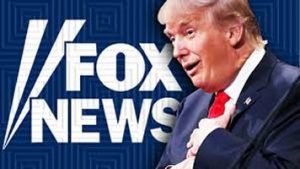 Earlier this month, Fox News pulled an immigration ad put out by the White House, which other networks had labeled as racist.

Here’s the thing – you don’t have to agree with everything certain news organizations say to support their right to say it – and to ask the questions that form the basis of what they say.

“Secret Service passes for White House journalists should never be weaponized,” Fox News President Jay Wallace said in a statement. “While we don’t condone the growing antagonistic tone by both the President and the press at recent media avails, we do support a free press, access and open exchanges for the American people.”

Fox faced a similar situation with the Obama Administration and when push came to shove, other news organizations backed Fox when it became apparent that the Administration was intent on freezing out Fox in interview situations.