It is an inarguable fact that the reason for Fox News Channel’s prime time dominance is its ability to corner the market in the “60-to-dead” demo as we used to call it.

We stopped calling it that when we got uncomfortably close to joining the demo. 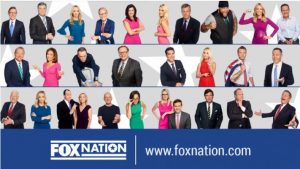 The big question – will millennials shell out $5.99 a month to watch Sean Hannity, Laura Ingraham and Judge Jeanine do what they already do on cable.

Does the addition of the blondiful Tomi Lahren and the almost-as-blondiful Britt McHenry make it worth the while of millennials to sign up to watch one of their own?

Or is Fox Nation, which launches November 27th, strictly for the Fox News superfan who needs a fix during those downtime when Shep Smith, Bret Baier and Chris Wallace are holding forth on the network?

We’re about to find out.

Fox is not putting all its eggs in the millennial basket. 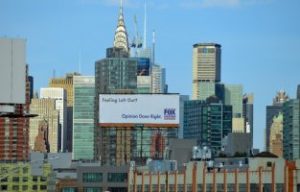 It has started up a billboard campaign in cities which might be described as left-of-center, aimed at residents who feel somewhat out-numbered.

“Feeling Left Out?”  the billboards ask.

Several are up in Manhattan and others are going up in Chicago, Philadelphia, Washington, D.C., Dallas, Houston, Atlanta, Phoenix, Tampa Bay and Orlando.

Let’s see how many sign up and the audience composition.