If Epshteyn keeps this up.

Not two days after he defended tear-gassing women and children civilians at the border, Sinclair’s “chief political analyst tried on this absurdity: 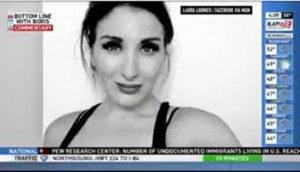 A defense of alt-right activist Laura Loomer, known for being banned from ride sharing services Lyft and Uber after she went on an anti-Muslim tirade, complaining she was late to an event after she refused to take a cab with a Muslim driver.

According to Epshteyn, Loomer’s Twitter ban because of her anti-Islam tirades was anti-Semitic.

Loomer was banned from Twitter after she said Minnesota Rep.-elect Ilhan Omar is “pro Sharia” and “anti Jewish.”

Offering no proof of any of it, of course.

Epshteyn’s idiotic defense of a hate-monger was, course, a must-run for Sinclair’s local newscasts.

We will cede one point.

Epshteyn WAS spot-on in accusing Twitter of a double-standard because it, so far, allows Nation of Islam leader Louis Farrakhan to spew his nonsense on the social media platform.

But that is more about Twitter’s muddled and inept approach to monitoring its online “argument clinic” than any innate bias.