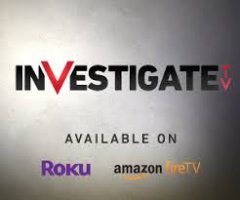 Launched only this past summer, Raycom’s Investigate TV is now available on the Roku streaming channel, and Amazon Fire with Apple TV coming soon.

The idea is simple: maximize the impact of Raycom’s investigative units by giving them a broader platform than just local tv – and put them in places where millennials can find them.

The mainstay of InvestigateTV is the uncannily productive Lee Zurik, chief investigative reporter at WVUE in New Orleans and head of Raycom’s 15-month-old national unit.

How productive in this short a period of time?

In additions to contributions from the Raycom stations, partners in the project include NY-based nonprofit ProPublica, News21, a Carnegie-Knight student reporting project based at Arizona State’s Walter Cronkite School of Journalism; NerdWallet, which offers money-saving advice; and a San Diego-based nonprofit called inewsource that specializes in data-driven investigations.

The unit’s output is now up to 200 stories, with three or four new ones added every week.

Not shabby at all, and essential.

Gray – don’t mess with this one. Encourage its growth.