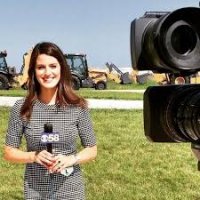 Our sources whisper that Kate Chappell, the 5 and 10 pm co-anchor at Weigel’s WDJT in Milwaukee for the past three years is pulling up stakes in her home state and heading for the Windy City.

She’ll be reunited with her former boss at WDJT, Tracy Davis, now the number two at NBC-owned WMAQ in Chicago.

Ironically, it was Davis who hired Chappell in Milwaukee, touting her Wisconsin native credentials and moving aside several long-time staffers to make room for the newcomer.

Then, in August of last year, Davis moved to the new slot in Chicago.

Now Chappell is following her lead.