Rafer Weigel is moving off weekends and Roseanne Tellez is coming over from CBS O&O WBBM to anchor the station’s “Good Day Chicago” show from 4-6 a.m. 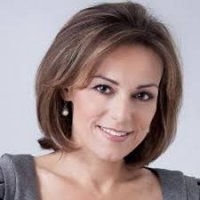 She spent the last 15 years working as a morning reporter and anchor for WBBM, the CBS station.

Before that she was a veteran of WGN.

Weigel joined WFLD as a reporter and weekend anchor in 2017.