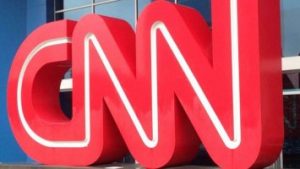 CNN seemingly can’t get out of its own way these days, especially when it comes to political coverage.

Its recent efforts to jump-start the 2020 election cycle with town halls featuring unannounced candidate Howard Schultz and just-announced Senator Amy Klobuchar both tanked in the ratings.

It seems no one but the most dedicated political junkies want the campaign to start up yet.

The hiring of Sarah Isgur as a political editor did nothing to endear management to the rank-and-file, while triggering a lot of head-scratching among cable news industry watchers.

How does the hiring of a careerist political partisan with zero journalism background (not to mention understanding) as a political editor, overseeing portions of your political coverage square with your much-vaunted “Facts First” campaign?

Of course, none of this stuff is new at CNN, where the Zucker philosophy is “Ratings…Above All Ratings” dictates programming choices that more often than produce headlines but very little return in the ratings. 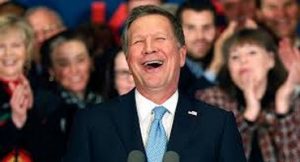 Then there is the hiring of former Ohio Governor John Kasich as one of CNN’s shiniest and newest contributors.

Perhaps CNN is hoping that Kasich, as he runs through his Hamlet “To Be Or Not To Be” routine regarding a 2020 presidential run, will actually announce his intentions live during one of his appearances.

The “mulling” or “considering” a primary or third-party challenge against Mr. Trump act that Kasich is performing is already wearing thin, and poses a threat to CNN’s tentative hold on its ethics.

“I do believe CNN runs an ethical risk paying a potential candidate,” Steven Roberts, a professor of media ethics at George Washington University, told The Daily Beast. “The mixture of journalists/pundits/consultants/political operatives on CNN and other platforms is already confusing enough to viewers. Adding potential candidates as paid contributors crosses a line into chaos.”

Yes, it sort of worked in 2015-2016, when CNN literally devoted hours to focusing on an empty podium, waiting for Donald Trump to show up and say whatever he had to say.

Chaos be damned, it seems.

As the late unlamented CBS CEO Les Moonves said, “It may not be good for America, but it’s damn good for CBS.”