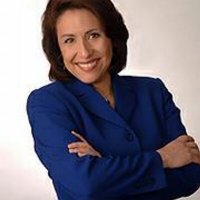 She began her career as a shooter at KOLR Springfield, Mo., and eventually becoming the weekend anchor/reporter at KQTV in St. Joseph, Mo.

She also made stops in Topeka and Kansas City before moving into management as assistant news director at WALB in Albany, Ga.

Most recently she was assistant news director for a year at KRNV in Reno, NV.

She succeeds Mike Raffaele who left at the end of September 2018 to become news director at WACH Columbia, S.C.