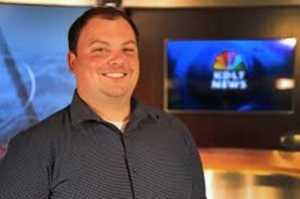 After quick cup of coffee and some Buffalo wings straight from the source, Justin Wulf is returning to the assistant news director job at Red River’s KDLT in Sioux Falls, SD.

He left in January after 4 ½ years at the Sioux Falls station for a producing job at Scripps’ WKBW in Buffalo, NY.

We’re guessing he compared winters, and somehow found those in Sioux Falls much more attractive.