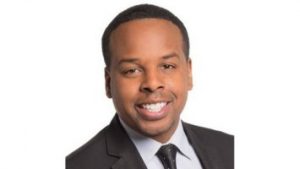 Julian Grace has signed off from Nexstar’s WISH in Indianapolis, IN after 8 years.

Grace, who joined the station in 2011 after working at KMOV in St.Louis, was an anchor and reporter at WISH.

He bid farewell in a Facebook video.
“You, the viewers, allowed me to be a steward of your trust. During the good, and bad. And you even allowed me to ask you questions. Even when it appeared you were at the mercy of your own emotions.”

What he didn’t share were his plans for the future.

For that you have to stay tuned.