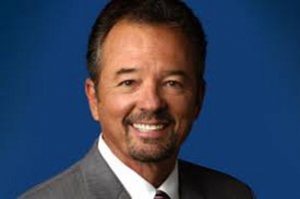 From many accounts, the announced departure of Steve Mauldin as president and general manager of KCBS-KCAL Los Angeles as of May 31st is more blessing than curse.

Mauldin, a 20-year man with the CBS Television Station’s group is something of a lightning rod around the station, with many happy to see the back of him.

But the predictable plaudits from corporate simply gushed.
“Throughout his more than two decades with our station group, Steve has been a class act and done a terrific job of leading several large-market stations,” said Peter Dunn, president, CBS Television Stations. “From Florida to Texas and most recently Southern California, he has upgraded the overall performance of our stations everywhere he has been. His success is due in large part to assembling talented and experienced teams of employees who share his passion for the future of local media, which includes the upcoming launch of CBSN Los Angeles, a 24/7 direct-to-consumer service that will stream anchored news coverage and live breaking news events from the KCBS and KCAL newsroom.”

Mauldin previously was general manager of CBS-owned stations in Dallas-Fort Worth (he also oversaw stations in Austin and Oklahoma City at the same time) and Miami (overseeing a West Palm Beach station).