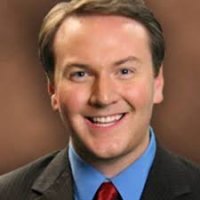 Starting today, Bill Young pops up as the new morning co-anchor at Nexstar’s WNCN (licensed to Goldsboro, devoted to the Raleigh-Durham market).

It’s a shift turnaround for Young, who was evening and midday anchor at Heartlands’s WAAY in Huntsville, Al before making his move.

Young’s arrival means Russ Bowen, his predecessor, gets reassigned to anchor chores on the 5:30 newscast and then reports for the rest of the evening.