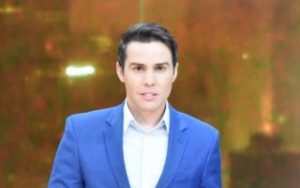 Telemundo’s KDEN in Denver, CO has bumped up Yesmani Gómez to be the face and principal reporter for the station’s “Telemundo Responde” investigative unit.

He’s been with the station since 2016, starting as an MMJ, and has been anchoring its 4 and 4:30 pm edition of “Noticiero Telemundo Denver”

Gómez started his broadcast career in his native Cuba in 2012.