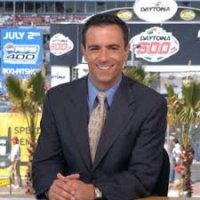 For the past nearly 2 and one-half years, former NBC Sports and ESPN NASCAR analyst Mike Massaro has taken the freelance route.

That’s coming to a close.

Massaro is joining WVIT, the NBC-owned station in Hartford, CT, but he won’t be doing sports.

He’s coming on board as a general assignment reporter.

Born and raised in Manchester, Connecticut, Massaro is a Connecticut Sports Hall of Fame inductee and resides in Ellington, CT.