Here is just what we need – another all-news channel.

Swell for a minimal number of jobs.

Bad for our thought processes. 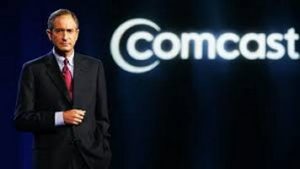 You may remember that Comcast took possession of the British telecom powerhouse for $39 billion last fall.

The new NBC-Sky global news channel could conceivably go straight to an OTT service that Comcast is set to launch later this year, though Roberts was pretty tight-lipped about it on the call as well- as he was about every other aspect of the “exploration.

What was your increase in the past year?