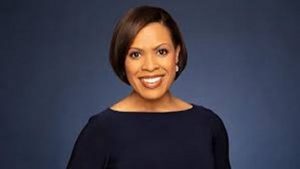 Laura Harris gets a move up to co-anchor of the early morning newscasts at NBC-owned KXAS in Dallas-Ft. Worth.

Harris came to the station last summer from Scripps’ WFTS in Tampa to be the weekend anchor.
——– 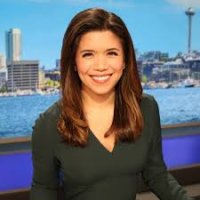 We hear that Kelly Franson is excited  to be the newest member of the weather team at Hearst’s KOAT in Albuquerque, NM

She came to the station a year and a half after a stint at Cox-owned KIRO in Seattle, WA ended.

She’d been working in school PR before KOAT came along.
——- 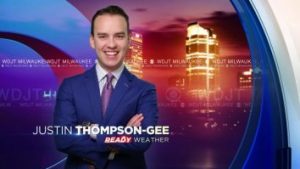 Justin Thompson-Gee is moving to weekdays as meteorologist on the WDJT morning news team in Milwaukee, WI beginning Wednesday.

Thompson-Gee had previously served as meteorologist for the weekend editions of the Weigel-owned station.

He came to WDJT in 2015 as a freelance meteorologist and was promoted to the weekend position a few months later.
——- 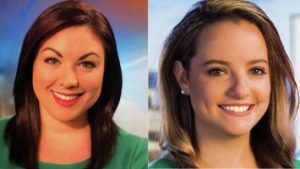 Jessie Slater (right) will move up to co-anchor of KBJR’s 5 p.m. newscast beginning in June.

Bowman most recently was an anchor at WLNS in Lansing, MI.

Slater, who has been with KBJR since January 2017, currently anchors weekend newscasts.