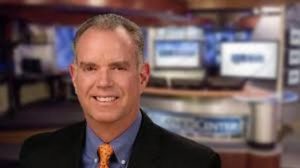 Meteorologist Mike Maze will continue in the lead role he assumed at Capitol Broadcasting’s WRAL in Raleigh-Durham back in February after the sudden – and still unexplained – departure of longtime chief Greg Fishel.

Fishel left WRAL suddenly after nearly 40 years with the station, due to what the station described both on-air and in a statement as a “personnel matter.”

In his own statement, Fishel wrote that he had “personal challenges over the last year.”

Friday, after the proverbial “nationwide search” management decided they had what they need in Maze, who’s been with the station (and sister station WRAZ) for 25 years.

Maze had been doing the 11 pm weather segment since Fishel returned LAST year after a six week absence in February and March of 2018, up until his departure this past February.