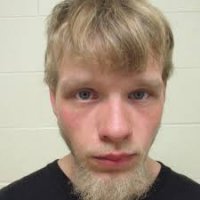 Andrew Alan James is an evidently needy young man who was known to carry a semi-automatic rifle around the streets of Butte, MT.

Last week, James pleaded guilty to reduced misdemeanor charges of privacy in communications, and a judge gave him a one-year deferred sentence after James admitted he made threatening phone calls to a Montana television station after it reported that his actions prompted a school lockdown.

James prompted a brief lockdown at Kennedy Elementary School on March 2, 2018, when someone saw him walking by with a gun and phoned police.

After NBC Montana reported on the lockdown, James called KTVM, its Bozeman station, claiming the story was inaccurate, prosecutors say.

A station manager said he used obscenities over the phone and “was abusive and threatening toward her and other staff.”

He has since received mental health counseling and wrote a letter of apology to a local newspaper.

Don’t we all feel better now?