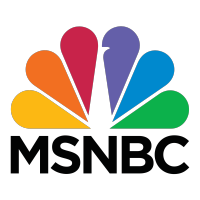 The moribund numbers at MSNBC post-Mueller has led to a shake-up in the executive suites.

SVP of Programming and Development Jonathan Wald and MSNBC executive editor Dan Arnall are taking over the daytime lineup from SVP Janelle Rodriguez, who is being shuffled over to supervision of streaming service “NBC News Now.”

As a result, dayside will be managed in two blocks, with Wald taking over 9 a.m. to noon and Arnall taking noon to 4 p.m.

This is a reversion to the structure once employed by the cable network.

The changes came amidst mounting complaints from mystifyingly still-employed NBC News chief Andy Lack about the dip in MSNBC’s ratings following the end of the Mueller investigation – a dip we’ll attribute at least in part to a viewer expectation that life would change radically once the Mueller report was released.

But, since no bodies were forthcoming, the onlookers at the metaphorical traffic accident drifted away.