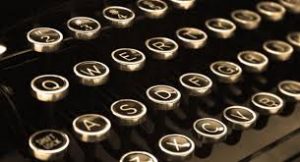 Well, if you’re running for the presidency of the White House Correspondents’ Association, you throw away the traditional clubby, low-profile method of campaigning and go for the jugular.

“We as an organization need to be more concerned about getting lied to as a matter of course — and the American public getting lied to, through us — than about access,” “HuffPost” correspondent S.V. Date wrote in an email touting his candidacy to the WHCA’s 425 voting members.

It’s not enough that he uses the once-taboo “L” word.

“I’ve been in this business more than three decades, and what’s happening now is unprecedented. We are attacked on a near daily basis using Stalinist language. We are called corrupt and dishonest. We are given false information from staff who often know full well that it is false.”

Don’t hold back – how do you really feel?

Ticking off a long list of news stories that have transpired in that time (for example, “Pelosi-Schumer talks implode as Pelosi accuses Trump of ‘cover up’ ”), Portnoy wrote: “As the president continues to call news organizations ‘corrupt,’ these are just some of the issues he has ducked by not having his aides appear regularly before the press corps.”

He’s got some ground to cover to catch up to the other two.

And the issue of press relations and how to resolve it is certainly more urgent than the guest list for the next WHCA dinner.