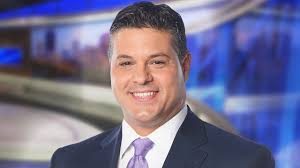 Lots of Pittsburgh news viewers are asking about the evident disappearance of Joe Arena from the morning anchor desk at Cox-owned WPXI.

It’s only been a week, but news viewers, especially the morning ones, get very proprietary of their anchor talent.

The anxiety isn’t helped by Arena’s Twitter feed in which he stated he’s “on weekend nights these days”.

Sitting in his AM anchor chair this week has been Gordon Loesch, a 15-year station veteran.

Arena has been with the station since 2012, coming from WIVB in Buffalo.

The viewer hand-wringing is helped by WPXI news director Scott Trabandt’s refusal to answer whether Arena’s weekend sojourn is permanent.
“I don’t like to comment on individual talent schedules,” declared the newly-minted newsroom boss.

And Arena isn’t commenting, tossing the issue back in Trabandt’s lap.