This is certainly nothing new in the tv news business but it doesn’t make it any less scary. 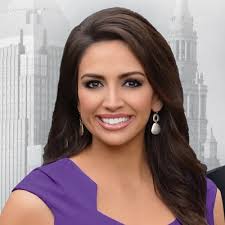 Evan Williams, a 28-year-old from Lorain OH, is accused of stalking ‘Fox 8 News In the Morning’ anchor Kristi Capel.

Williams was arrested last Friday morning walking around the WJW and is charged with fourth-degree felony menacing by stalking.

Williams evidently started trailing Capel around Cleveland as she carried out station assignments during the MLB All-Star festivities in the city.

The notes he passed to her, through Facebook, were creepy, to say the least.

“I hopefully see you today so I can tri to talk to you again I’m a be outside waiting for you to leave work I just hope I don’t miss you I gotta talk to you quit trying to hurry up and leave so fast I’ve been staying out here trying to reach you,” one of the messages said.

Another said: “I will be posted outside not trying to annoy you but you never once was mean and said hey dude leave me the f–k alone so therefore I’m not aint nothing wrong if I POST out there and wait for you just to talk I’m not going to try and harm you I’m harmless just was trying to vibe with you and then I’ll leave you the hell alone.”

When he does get out of custody, he is supposed to stay away from her.

Williams in 2010 was convicted of attempted participation in a criminal gang. He was one of 20 people arrested by a Lorain task force set up to arrest violent criminals and gang members.

He since has been convicted of several drug crimes, including heroin trafficking.

Capel has been with WJW since 2011 and the morning show anchor since 2012.