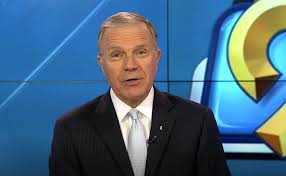 That’s the date that anchor Bruce Aune signs off for the last time at Gray’s KCRG in Cedar Rapid, IA, closing out 33 years at the station and a 45 year career in television news.

Between now and then, the tributes will be pouring in.

KCRG News Director Adam Carros called Aune a pillar of the newsroom. “Bruce holds himself to the highest standards and his experience has helped tell the stories that matter to eastern Iowa. He’s led our newsroom through ongoing coverage that weighed heavily on our team, and helped shape hundreds of journalists through his commitment to his craft.”

Aune has been a fixture in eastern Iowa television news since joining KCRG9 as a news anchor in March 1986.

His assignments have taken him across the country and around the world, including several trips to China, Russia, and Japan.

He has also traveled and reported on several presidential campaigns.