His NFL career easily eclipsed that of Ryan Leaf, but now Leaf and former 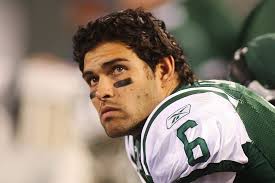 Leaf joined a week or so ago

Sanchez this week announced his retirement from the NFL for the job with ABC and ESPN.

It’s a multi-year deal and will put Sanchez on ABC’s studio team for all three college football Saturday shows, along with appearances on “College Football Live” and “Get Up!” on ESPN.

Sanchez will replace Mack Brown, who is returning to the sidelines. Brown is back for a second stint as head coach at North Carolina.